HomeProjectBlog: Why This DC Artificial Intelligence Company Is Worth More Than $1 Billion – Washingtonian
By admin
Project

Blog: Why This DC Artificial Intelligence Company Is Worth More Than $1 Billion – Washingtonian 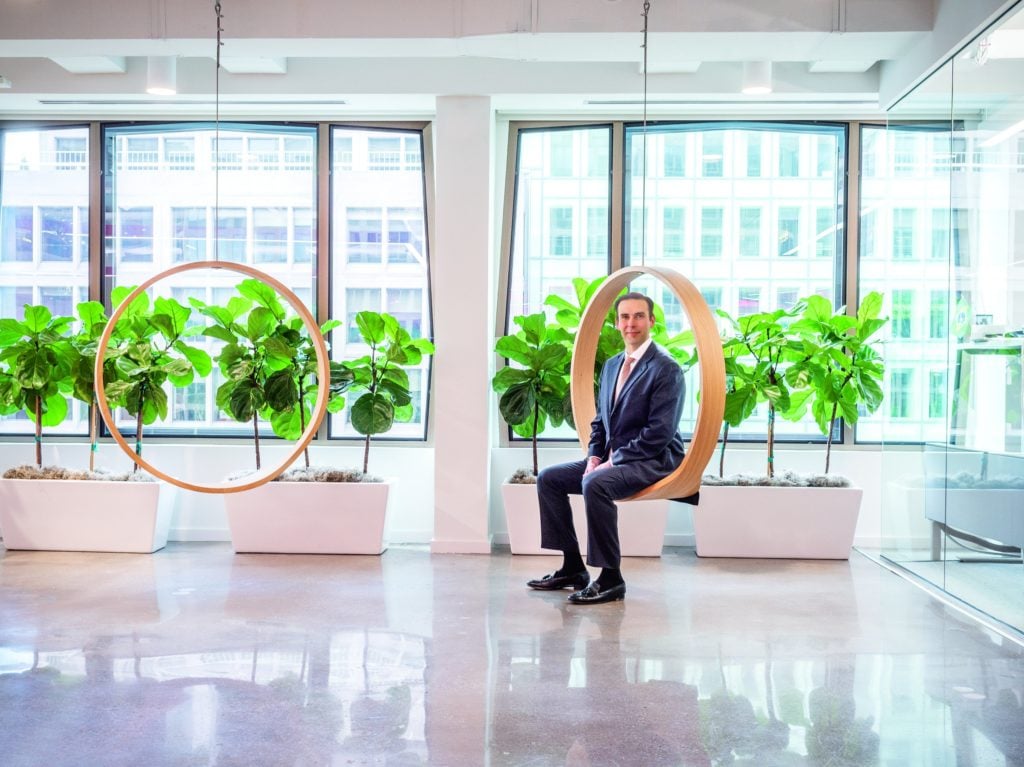 Located in a loft-like office across the street from the White House, Afiniti is one of the DC tech scene’s major success stories. It’s one of just two “unicorns”—privately held startups valued at more than $1 billion—in the District, along with Vox Media. And its artificial-intelligence technology is being used by businesses such as United Health Group and T-Mobile. If you’ve called a customer-service number lately, you might have used it, too.

So what does Afiniti do? At its core, it’s software that utilizes various kinds of information to match callers with agents in ways that improve the interaction on both ends. Rather than calls being assigned to representatives in the order they come in, the algorithm analyzes traits—prior interactions with the company, purchase history, demographic information, and so forth—to predict which pairings will have the best results, for both the caller and the company. It then assigns the caller to the staffer who’s likely to be the best match.

“We look at the history of the agent—the last 100, 1,000, 10,000 calls the agent has taken,” explains CEO Zia Chishti. “Almost all of them are with different people. If you look at the differing outcomes that associate with different people, you can use that to predict which kinds of individuals that agent would best pair with in the future.” Neither the caller nor the agent has any idea what info is being used to make the connection. It’s all calculated in real time by the software.

Afiniti says the results can be dramatic, adding up to significant savings or additional revenues for clients. If customers feel a connection with the representative they’re assigned to, a successful outcome of the call is more likely. “In terms of why this happens, it’s the name of the company,” says Afiniti global head of data Julian Lopez-Portillo, explaining that some clients think of the concept as a sort of Tinder for call centers. “If you have a greater affinity for a particular agent, you’re more likely to want to buy something from them, or if you’re going to cancel, you’re more likely to want to stay with the company.”

Currently, the technology is used by more than 30 companies in 18 countries, including big players in financial services, insurance, hospitality, and health care. Next time you call your bank, pay attention to the person on the other end of the line. She might have been custom-picked by Afiniti to fit your specific profile.

Chishti is an entrepreneur whose first venture, Align Technology—the company behind Invisalign clear braces—was also a massive success. (It pulled in about $2 billion in revenue last year.) Born in the US, he grew up mostly in Pakistan. He came back to this country to attend college, then got his MBA at Stanford. After cofounding Align Technology in Northern California in 1997, he parted ways with the company in early 2003 and started a new business, TRG, that pursued a broad range of other ventures. One of his partners, Mohammad Khaishgi, relocated to Washington that year after his wife got a job here, and Chishti decided to follow. “I was a little hesitant to move,” he says. “I bought into the California lifestyle.”

But Chishti ended up staying in Washington, and while steering TRG, he started thinking about potential new products. Customer-service technology might not seem like a logical next step from teeth straighteners, but Chishti was looking to innovate in a way that “addresses a large market and creates a lot of value in that market,” he says. “Call centers are huge. Everybody uses a phone.” The business that evolved into Afiniti launched in 2006, initially using software Chishti had programmed himself at home.

Today the company has about 1,000 employees around the globe, but it remains headquartered in DC, where more than 80 employees are based. As Chishti has discovered, Washington is a pretty good place to launch and expand a business. The entrepreneur cites the highly educated local labor market as one big factor, especially because, in his experience, local tech workers tend to cost less and stay onboard longer than their counterparts in Silicon Valley.

Now, as Afiniti continues to grow, it’s thinking about its next move. The technology has broader uses, for one thing. “Our big application is call centers, but in general what we’re doing is changing how enterprises allocate their internal resources and staff when associating with their customers,” says Chishti. “So it could be anything: text chat, how the sales force is allocated, employees in stores.” Big picture, the CEO says the company is still mulling over where things might go, whether that’s an IPO or some other future. “What we do is unclear,” he says. “We haven’t quite picked a path yet.”

This article appears in the May 2019 issue of Washingtonian.