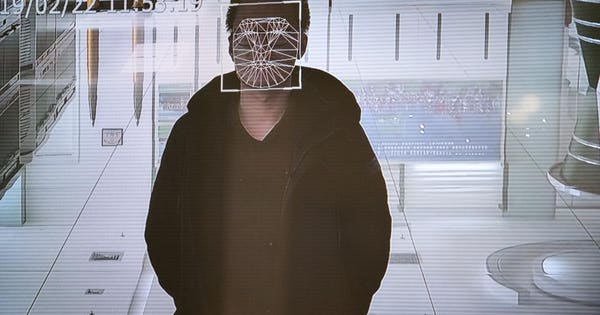 Not all tech billionaires are advocates of artificial intelligence (AI). Some are so worried about the effects AI is having on society that they are spending their billions trying to monitor it. This, in turn, has created a new frontier in philanthropy.

For Pierre Omidyar, the founder of eBay, AI is such a concern that last year he setup Luminate, a London-based organization that advocates for civic empowerment, digital rights, and transparency.

“This is a nascent field,” says Steven King, Laminate’s CEO. “One of the things we’ve discovered is artificial intelligence is developed by programmers who are not concerned with the ethical consequences.”

King highlights two real-life consequences of AI that have spired action from philanthropists like Omidyar. One is the risk assessment software, COMPAS (Correctional Offender Management Profiling for Alternative Sanctions), which crunches big data to predict a defendant’s risk of committing another crime.

When the news organization ProPublica compared COMPAS assessments for 10,000 people arrested in Florida with data showing which ones went on to re-offend, it discovered that when the algorithm was right, its decision making was fair. But when the algorithm was wrong, people of color were almost twice as likely to be labeled a higher risk, yet they did not re-offend.

Keeping The Cap On AI

How do you curb the effects of artificial intelligence when it’s used in scenarios such as these?

The problem needs to be tackled at its source, argues King. The algorithms that underpin AI are often created with an unconscious bias built in.

Intentionally or not, this affects the outcomes of AI. MIT researchers have found some facial recognition software fails to recognize ethnic minorities, for example. “Nobody had thought through any kind of racial bias,” says King.

It is exactly this kind of bias that Omidyar hopes to cub through his funding of Luminate, which amounts to $60 million in its first year.

“We’ve set up a fund which is being re-granted through a range of other research institutions to better understand what are the dangers of AI,” says King. This is the Ethics and Governance of AI Initiative, which has clocked $27 million from Luminate as well as the John S. and James L. Knight Foundation, LinkedIn founder Reid Hoffman, and others.

The money will be spent on ways to ensure automation and machine learning are “researched, developed, and deployed in a way which vindicate social values of fairness, human autonomy, and justice,” the organization says.

At the sharp end of this endeavor are MIT Media Lab and the Harvard Berkman-Klein Center for Internet and Society.

In 2017, nine other organizations were backed with $7.6 million from the fund to focus on “the three areas of media, criminal justice and autonomous vehicles,” Alberto Ibargüen, president for the John S. and James L. Knight Foundation, said in a statement.

A New Frontier Of Philanthropy

Omidyar is not the only philanthropist who hopes to stop AI from going out of control.

In fact, this new frontier of philanthropy has surged in popularity since Elon Musk and Sam Altman launched Open AI in 2015, a non-profit promoting “safe artificial general intelligence”. (Musk has since left the organization citing “a potential future conflict [of interest]” with the artificial intelligence being developed for Tesla’s self-driving cars).

Then, last year, Romesh Wadhwani, the Indian billionaire behind Symphony Technology Group, set up the Wadhwani Institute for Artificial Intelligence (WIAI) with his brother Sunil. Backed with $30 million of Wadhwani wealth, the organization aims to explore “the ethical dimensions of AI research and implementation”.

Though it is ironic that tech billionaires are spending money to curb the technologies that gave rise to their wealth, this should be seen as a wider warning: If those who know best the frontiers of tech are worried about its direction then we should all be taking note. More billionaires should be donating to this new frontier of philanthropy.

“Pierre [Omidyar], along with many other Silicon Valley philanthropists, was a tech optimist if you go back 10 years”, says King. “I think what we’re now seeing is a darker side and there a need for more funders in their area.”