HomeProjectBlog: Venture investor Jim Breyer explains why US needs to do more on developing AI – Yahoo Finance
By admin
Project 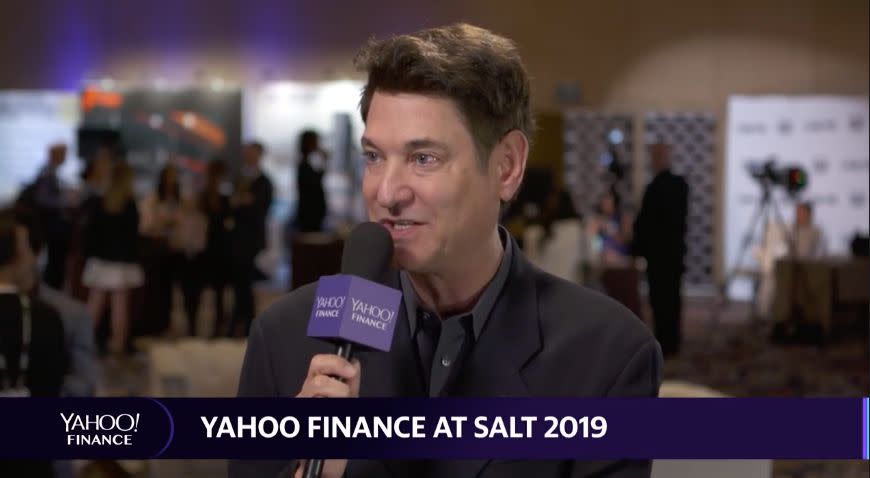 Venture capitalist Jim Breyer said that what’s going on in the world of artificial intelligence (AI) is “spectacular,” but the U.S. needs to be doing more.

“We’re certainly not doing enough,” the CEO of Breyer Capital said, citing areas in which America’s tech giants and the government needed to beef up their efforts.

“There are segments such as facial recognition where China is far ahead, even of Apple (AAPL) and Amazon (AMZN) and Google (GOOGL), and that’s largely because of the data sets that the two major facial recognition companies are working with,” he said.

One of Breyer’s investments was a Series A round in China-based facial recognition technology company SenseTime. That company will do “several hundred million dollars of revenue three years into their journey,” Breyer told Yahoo Finance.

However, there are some areas in A.I. where the U.S. is further ahead.

“I would look at where the data resides in areas such as medicine, hospitals where the data might not be as large, but it’s higher quality data,” he said.

“So, at a macro level there are areas around chipsets, semiconductors, data which comes very specifically from some of the best hospitals where the U.S. is ahead, but of course we should have a policy. We should be doing much more,” the venture investor added.

When talking about A.I. concerns about the ethical implications frequently surface. Google recently formed an ethics board to oversee the company’s “responsible development” of the technology, something Microsoft has also done.

“[There] are enormous ethical implications, and one of one of the things I’ve tried to do in each of these launches… [is to explain] there’s a real emphasis on interdisciplinary and diverse founding teams and scientists,” he said.

As citics have warned about the dark side of A.I. development, Breyer insisted that ethics is steeped in his investment approach.

“[From] the very beginning, in these academic programs, but also in the startups I’m backing, there has to be an understanding of linguistics, of ethics, diversity,” he explained to Yahoo Finance.

“And, so I’m looking for male-female female-male teams from the beginning where there is also an ethical and philosophical underpinning,” he added.

Another ethical issue is data privacy, something that’s come up at big consumer media companies. This will likely be a challenge for other areas within artificial intelligence, especially in health care.

“Imagine what will be like in health care — who owns our patient data? Is it ourselves, is it the doctors at the hospital, is it the general practitioner, or is it the insurance company?” the investor asked.

“And these are some of the ethical and complex topics that many of the companies that I’m backing are hoping to tackle,” Breyer said.