HomeProjectBlog: UPSC in the age of artificial intelligence and accelerated growth – Times of India
By admin
Project

Blog: UPSC in the age of artificial intelligence and accelerated growth – Times of India 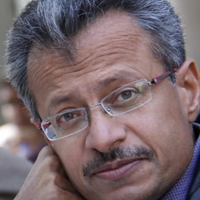 It is almost metaphoric that we just cruised past the Civil Service Day on 21st April without registering it, as we seem to treat this hidden bulwark that ensures constitutional sanity amidst the political chaos in India with same level of ignorance.

There is no doubt that a lot of debates about civil services reforms have taken place over seventy years of independence, but Indian civil service has managed to escape natural evolution till now, probably because it enjoys a lot of autocratic power that allows it to pick and choose its own reforms.

Though a discussion on history of Indian civil services may be intellectually interesting, I want to steer clear of it and focus on what really matters, i.e. the future, as there is little doubt that India shall change more in next decade than in its entire post-independent history. And if this change is going to be beneficial, Indian bureaucracy, especially IAS will have to lead the way.

If we see disrupters ahead, they are likely to be the increased scale of people/economy, emerging technologies and growth at a breakneck speed.

Each of these three will throw up a unique challenge that will demand a change in the way civil services are operating.

As we are talking about the future, the best place to start has to be UPSC, as it is the source where we must do our cheery picking.

The first real big challenge that UPSC has still not registered with due seriousness is sheer increase in scale, as we have only 5000 IAS and 4000 IPS officers for a 1.3 billion strong nation having world’s fastest growing trillion dollar economy.

To imagine that we can deliver administration to such a behemoth with this miniscule force almost amounts to criminal negligence.

So, The first and foremost change required is to stop UPSC from becoming a diamond sorter that keeps throwing even good diamonds back into the grind to search for them again.

Instead of having huge number of kids appearing again and again, we must take more and nurture and groom the best from the rest if possible, and one way to look at it is to turn UPSC also into one more entry point for class I officers recruited by the state.

Such a method will also change a critical psychological dimension of government services, i.e. huge amount of (and often rightful) disdain that IAS have for state services officers. If both have passed through the same portal and with a smaller gap between, it will make state cadre officers more confident and function better.

If we move to the second issue of emerging technologies, here we could be drawing a winning hand provided we open governance to accept and imbibe them. New technology has power to change the way we gather the data and also to read it better. If Artificial Intelligence gains better access in governance, the role of a civil servant will change dramatically as he can put it to use for more informed decision-making.

To understand how this should impact UPSC, we need to compound it with the third and most critical paradigm shift ahead that has power to make or break our nation.

If we continue on the railroad getting paved for us by global market, regardless of which government comes to power, we are on a growth trajectory.

Next couple of decades will see accelerated development that is bound to come with one huge problem, and that will be rapid but unequal growth.

The way India is organised at this point, sudden increase in growth-induced prosperity has potential to rip the nation apart as the divide between rich and poor will get far too large to hold the society together.

So, if there is one job that future bureaucrats can’t hope to fail in, it will be to constantly keep the nation on an even keel by ensuring that the fruits of growth are shared equitably across the society.

This means that UPSC needs to not only reform the profile of a bureaucrat that it is expected to identify but also the process to do so.

It is clear that this nation must choose its key executives through a process that is designed not only to find the intelligence quotient but also the empathy-quotient of those who are appearing for the exam, and for this UPSC first needs to become completely unpredictable and hence uncrack-able through any kind of coaching classes, as “coached” empathy has no real meaning.

If we now dare look back at the history, one easy learning is that we have rarely opted for reforms before time and have always preferred learning from our mistakes. But, in this case, there is one big problem that I want to point out and that is, the changes are too fast for following the conventional path of reforms.

If we are not going to be prepared to grab the moment when it comes, we will not be able to catch it later. We have talked a lot about administrative reforms but the time of talking is over.

We need to act, and now.

DISCLAIMER : Views expressed above are the author’s own.