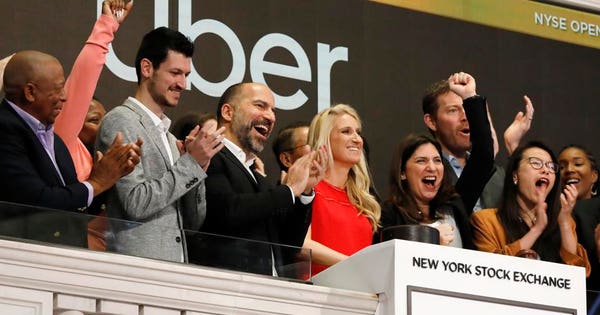 Last year Morgan Stanley and Goldman Sachs indicated that the valuation of Uber was about $120 billion. But of course, the real market value can be much different. Yesterday Uber came public at about $76 billion, as the shares fell 7.6% on its debut.

But hey, the company did raise a cool $8.1 billion, which will be essential because the losses have remained large (about $1 billion in the latest quarter). Uber also must deal with fierce competition – not just with Lyft but also other fast-charging startups in different countries like Brazil.

Yet there is something else that the money will be useful for: the AI (artificial intelligence) effort.

Keep in mind that this has been a priority for some time. According to the S-1: “Managing the complexity of our massive network and harnessing the data from over 10 billion trips exceeds human capability, so we use machine learning and artificial intelligence, trained on historical transactions, to help automate marketplace decisions. We have built a machine learning software platform that powers hundreds of models behind our data-driven services across our offerings and in customer service and safety. We have developed natural language and dialog system technologies upon which we can build and scale up conversational interfaces for our users, including Drivers and consumers, to simplify and enhance interactions with our platform. Our computer vision software technology automatically processes and verifies millions of business-critical images and documents such as drivers’ licenses and restaurant menus, among other items, per year. Our proprietary sensor processing algorithms enhance our location accuracy in dense urban areas, and power important applications such as automatic crash detection by analyzing the deceleration and unexpected movement of Driver and passenger mobile devices. Our advanced machine learning algorithms improve our ability to predict Driver supply, rider demand, ETAs, and food preparation time; they power personalization such as predictive destinations and food and restaurant recommendations.”

Yes, when you use your Uber app, there is quite a bit that happens in the background to create a seamless experience.

Now another part of the AI strategy is the autonomous driving unit – known as the Advanced Technologies Group (ATG) – that was founded in 2015 and now has over 1,000 employees. More than 250 vehicles have been built that have created enormous amounts of valuable data. Actually, last month Uber announced a $1 billion funding for the ATG unit (the investors included Toyota, Denso and Softbank’s Vision Fund) at a valuation of $7.25 billion.

Here’s how Scott Painter, a seasoned autotech serial entrepreneur (TrueCar and CarsDirect) and the CEO and founder of Fair (a company that provides a new model of flexible car ownership and does have a partnership with Uber), looks at the situation: “In particular for ridesharing, there is a massive underlying financial rationale to enabling this transition to autonomy to happen faster. It is a winner-take-all market that includes tens of millions of weekly supply hours. And, one thing that we know about ridesharing is that today, there is a constraint of supply.”

In other words, the holy grail of autonomous driving would be a true cure-all. Maintenance would be minimal and accidents a thing of the past. It would be, well, kind of like a transportation nirvana. But then again, getting to this will not be easy, cheap or quick.

OK, what about Elon Musk’s recent boast that Tesla will have one million robotaxis on the road by the end of next year?

“I would never bet against Elon, but he hasn’t demonstrated the ability to produce a million of anything yet,” said Painter. “He has ambition to do it, and that’s great. He doesn’t have the capacity or the capital to do it. But here’s the thing, that doesn’t mean that he can’t get there. I just don’t think he’s getting there next year. He’s made an announcement based on that hypothetical North Star of the business. And, if you really want to understand how a guy like Elon operates, he talks about the future in the future’s perfect tense. He talks about it as if it’s going to happen, because he wants everybody to understand that’s what he’s going to aim for.”

Uber CEO, Dara Khosrowshahi, also agrees. While he is certainly bullish on the long-term prospects of autonomous driving, he realizes that it’s a long-term undertaking. In an interview with CNBC, he noted: “I thought: If [Musk] can do it, more power to him. Our approach is a more conservative approach as far as sensor technology and mapping technology. The software’s going to get there. So I don’t think that his vision is by any means wrong. I just think we disagree on timing.”

Tom serves on the advisory boards of tech startups and can be reached at his site.