Home  /  Project   /  Blog: This terrifying AI generates fake articles from any news site – The Next Web

Blog: This terrifying AI generates fake articles from any news site – The Next Web 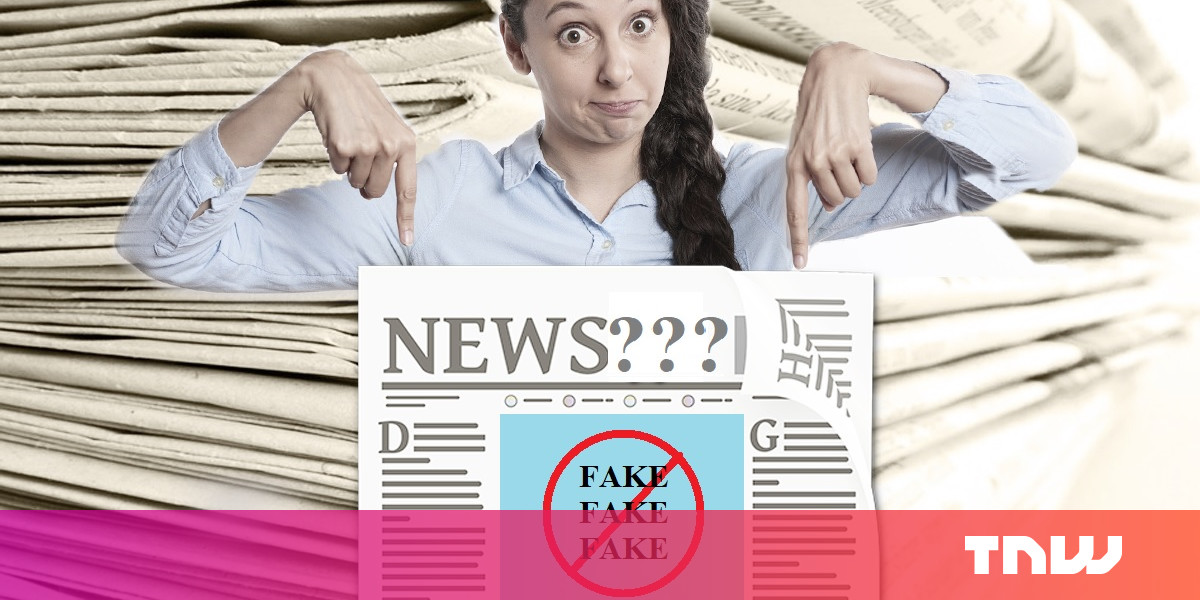 The Allen Institute for Artificial Intelligence has an interesting new tactic in the war on fake news: make more of it.

A team of researchers at the institute recently developed Grover, a neural network capable of generating fake news articles in the style of actual human journalists. In essence, the group is fighting fire with fire because the better Grover gets at generating fakes, the better it’ll be at detecting them. According to the institute:

Our study presents a surprising result: the best way to detect neural fake news is to use a model that is also a generator. The generator is most familiar with its own habits, quirks, and traits, as well as those from similar AI models, especially those trained on similar data, i.e. publicly available news. Our model, Grover, is a generator that can easily spot its own generated fake news articles, as well as those generated by other AIs.

Most fake news is generated by humans and then spread on social media. But the rise of robust systems such as OpenAI’s controversial GPT-2 point toward a future where AI-generated articles are close enough to the real thing to obfuscate nearly any issue.

While it’s easy enough to search a website to see if an article is legitimate, not everyone is going to do that. And if an article goes viral, no matter how false it is, some people will be convinced.

As an example of Grover’s prowess, here’s the first two paragraphs from an article that I prompted Grover to write. All I did was put in the headline, author’s name, and the name of the news outlet. Grover did the rest:

The Insane Clown Posse revealed a lot on Friday afternoon. First, they revealed that none of them is really “crazy.” When I first met Psychopathic Records CEO Shaggy 2 Dope, his snarling primal scream character was plenty violent. In real life, he’s the picture of calm and consistency.

Second, the filthy-rich and famous ICP invited some unsuspecting reporters into their gaudy – and wildly entertaining – mansion in the center of Detroit. But when I went to try to get into the gazebo in the backyard, Shaggy declined to accept my credentials. As I was about to hand over my driver’s license, Shaggy turned to me and said, “You can’t use that here.” Why? “Caucasians aren’t welcome,” he said. “If you really want to get inside, you’re going to have to come back in when the black people aren’t here.”

Super fans will automatically dismiss the above as nonsense, but if you don’t know anything about ICP (they’re both white and support inclusivity) you might be inclined to think it could be true – especially if you Google conservative mouthpiece Jonah Goldberg.

I’m also convinced that for all of Mr. Trump’s braggadocio and unadulterated contempt for his political opponents, he has courageously pledged to rebuild America. He has spoken straightforwardly about immigration, on the subject of which he has shown exceptional bravery.

It’ll spit out stuff like that ad-naseum if you keep pressing the generate button.

What’s terrifying about Grover is it’s dead-simple to use and manages to produce enough intelligible material to make it feel just a generation or two away from being indistinguishable from real writing. Here’s a snippet from an article it produced that imitates my own writing style:

In the grand scheme of things, the success of the AI community is in maintaining the perceived intelligence of those tasked with giving it the ability to do things humans take for granted, like eat their food, recognize their faces, and think.

As Walt Disney once said: “You’re just a mouse!”

There is plenty of ugly in the march towards AI, in the way we treat one another, and the way we reject voices that don’t agree with us.

That reads like something I’d write. It’s a very unsettling feeling to see my personal writing nuances vomited on screen by a mindless machine. Luckily, the point of Grover isn’t to propagate fake news, but to identify and dispute it. According to its creators, Grover can detect if an article was written by an AI (including itself) with 92-percent accuracy. I’m just glad this thing’s on our side.

Hopefully the powers-that-be in academia, government, and big tech will rise to the task when it comes to fighting fake media. In the meantime, however, I’ll leave you with these wise words from the fake news article on AI that Grover generated in my writing style:

The best solution to this problem is teaching yourself to moderate the information you consume. That way you’ll see many subtle signs of oppression, or other people’s BS. You’ll also be a valuable asset to the automation community.

We, as humans, are what matters most.

If you want to try your hand it using Grover to generate some fake news articles, give it a shot here on the Allen Institute for Artificial Intelligence website.