HomeProjectBlog: This Start Up Uses Artificial Intelligence To Transcribe Content For Journalists In Seconds – Forbes
By admin
Project

Blog: This Start Up Uses Artificial Intelligence To Transcribe Content For Journalists In Seconds – Forbes 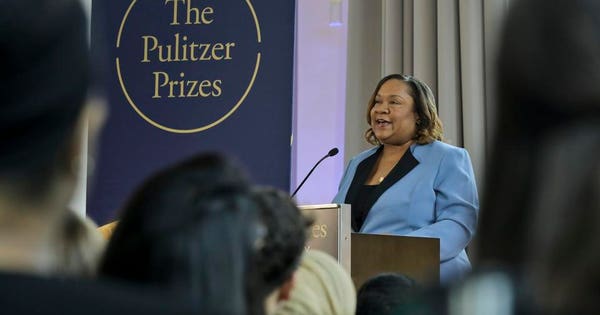 In the era of multi-platform news, a journalist on deadline completes an interview which runs for 30 minutes, but they only need two or three short quotes or soundbites. At the same time, the social media editor needs content for Twitter and Facebook; the online editor wants to turn around a short story for the website, and the radio team wants audio for their newscast.

Traditionally no one would receive any content until after the journalist manually transcribed the interview and shared it. But transcription services like Rev, Scribie and London-based startup Trint have changed that by allowing journalists to turn the spoken word into text by both human-based transcriptions or with machine learning.

Trint recently closed a $4.5 M million round in April 2019 with a mix of investors including Associated Press, Horizons Lab and TechNexus. Their total funding is $7.6 million which includes initial funding from Google Digital News Innovation Fund and the Knight Enterprise Fund.

Trint blends a text editor with an audio/video player and then glues the AI-generated text to the source audio to the millisecond which can also be searched, allowing a journalist to look for specific content in the transcript.

Jeff Kofman, CEO and co-founder of Trint, says users can search Trint and follow it like Karaoke and correct it as necessary which gives journalists transcripts they can trust. “As long as the audio is relatively clean we return accuracy rates of 95-99% in just minutes,” added Kofman.

Kofman, a former award-winning TV news reporter, said that a lot of the most essential innovations in Trint are around productivity.

“Because of the pressures and demands of the multi-platform media universe newsrooms are looking for ways to do more with less. Software is helping ease the production burden through AI and innovation,” added Kofman.

“Trint lets a journalist record the interview on the iPhone app, add markers during the interview at perfect moments, and when she’s done, she can send the entire interview to Trint. She and will have it back in minutes, and it can be instantly shared with the entire team. Before she has left the newsmaker’s office the content is being disseminated on social media and broadcast,” said Kofman. “Her work searching the interview for the quotes for her story is compressed from 30 minutes or more to just a minute or two.”

Kofman adds that they don’t see Trint as a transcription service rather a productivity tool focused on making it easy to turn raw recorded content into stories in a simple, intuitive workflow.

“We are putting a huge amount of effort into data security,” said Kofman. “We are in the final stages of certification for ISO27001, the gold standard of data security. We know it’s important that journalists not only trust their transcripts are correct, but they also need to trust that their software is secure.”