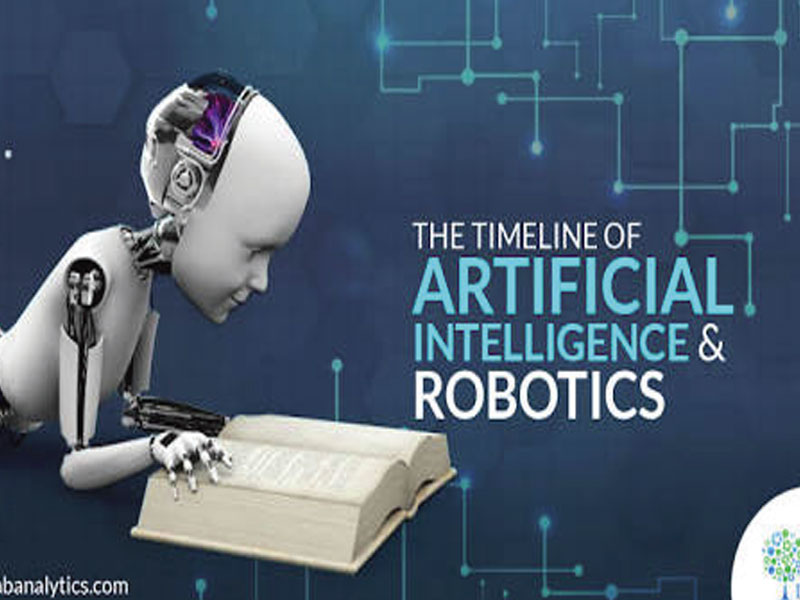 Emma Okonji who was in Dubai for the Artificial Intelligence Everything 2019 conference, writes on how economies are tapping into that technology to drive national development

Last week, over 183 global Artificial Intelligence (AI) experts and influencers from more than 35 countries in the world, gathered in Dubai, United Arab Emirates (UAE), for the 2019 AI Everything Summit, organised by Dubai’s Department of Tourism and Commerce Marketing in partnership with the Minister of AI and Dubai Police, under the patronage of the Vice President and Prime Minister of the UAE and Ruler of Dubai, His Highness Sheikh Mohammed Bin Rashid Al Maktoum.

The conference, which was hosted by the UAE’s National Programme for AI and launched by the Minister of State for AI, His Excellency Omar Al Olama, was a culmination of the UAE and the world’s mission to promote initiatives, collaborations and breakthroughs in the field of AI, and to foster its positive impact on governments, businesses, social enterprises and humankind.
In April 2019, the UAE cabinet announced a 10-year national strategy to develop an integrated system that employs AI in vital areas in the country.

The National Artificial Intelligence Strategy 2031 aims at positioning the UAE as a global leader in AI by 2031.
Vice-President and Prime Minister of the UAE and Ruler of Dubai, Maktoum, said: “UAE is moving ahead with its vision and aspirations through a well-defined plan for the UAE Centennial 2071. The National AI Strategy 2031 includes eight objectives, along with a number of initiatives aimed at employing artificial intelligence in vital areas such as education, government services and the community well-being. The strategy implementation is overseen by the Emirates Council for Artificial Intelligence and Digital Transactions, in coordination with a number of local and federal entities.”

According to UAE authority, a number of vital sectors will witness an immediate positive impact from applying AI technologies, such as the national economy. AI applications are expected to contribute to the national GDP in the coming years, which would create new economic opportunities. According to a 2018 report on AI by PWC Middle East, AI is expected be the game changer in business, contributing $15.7 trillion to the world economy by 2030 and $9.6 billion to the UAE economy, which is nearly 13.
At the AI conference, several issues were raised and centred around the need for developing nations to adopt the application of AI technology, given its potential to double economic growth of nations by 2023.
The prediction, according to the forum, was based on the growth trajectory of nations like UAE and other developed nations that are beginning to adopt the AI strategy.

The panelists argued that any country that regulates AI technologyis likely to stifle its growth.
One of the panelists, the Chief Technology Officer and Director of IBM-MIT Lab for IBM, David Cox, was of the view that regulatory guideline would help in controlling grey areas of the evolution of AI technology, but warned that over-regulation may likely stifle its growth. He said public trust on private sector players that would drive AI growth must be maintained to grow AI adoption in every nation.

“Countries must develop ethical framework through the private sector operators, about regulation that will drive growth through AI adoption,” Cox said.
Also, the Chief Executive Officer, Smart Dubai Government, UAE, H. E. Wesam Lootah, said Dubai was able to use the application of AI to coordinate government activities and governance.
According to him, “AI is driven by Machine Learning (ML), and the Dubai government has built its application around ML. Governments therefore have a vital role to play by educating citizens on the ability of AI to scale businesses, and in doing so, must create the right environment.”

The Attorney General, US Government, Sean Reyes, called for flexible government laws that would promote AI among nations. He, however, frowned at a situation where most policy makers do not have the understanding of innovative technology because they do not own or run a technology company.

Another issue raised, was about the fear of job loss with AI application, but the Director General, Smart Dubai Office, Dr. Aisha Bin Bishr, said application of AI would only eliminate few unnecessary jobs and create new jobs that are digital in nature and in line with today’s technology evolution that is driving AI across globe.

The conference agreed that organisations must begin to build
the right competencies among its workers, using AI, which the participants concluded, would help in the collation and analysis of key data. They, however, said there should be willingness in sharing information through data gathering among competitors, to know more about what works and what doesn’t work.

“Sharing of knowledge will help understand how best to make use of the technology. Data Scientists must not work in silos but learn how to share ideas, even among competitors.
“Education within organisations about the importance of AI technology is key for rapid organisational growth. Businesses driven by AI from other regions can also be shared and compared among competitors,” the participants said.

AI in autonomous car
Another area that was of interest at this year’s conference, was the demonstration of the application of AI in autonomous car. They were of the view that autonomous vehicles also called driverless vehicles, which make use of sensors that are driven by AI technology, could operate effectively on roads and would reduce the rate of road accidents, especially those accidents that occur based on human errors.

According to the Chief Explaining Officer of OBOTEO in Dubai , Mr. Ayman Alashkar, “KPMG recently rated UAE high in its global economy readiness index, ahead of Japan, Canada, Australia, New Zealand, based on UAE government policy and infrastructure readiness, an indication that only few countries are ready to implement autonomous vehicles on their roads. The UAE has put infrastructure and its strategies in place in preparation to deploy the driverless cars on its roads.”

Although Alashkar said autonomous vehicles would soon be on the streets of Dubai, he, however, added that the survey carried out showed that people were still asking questions whether Dubai city is ready for autonomous vehicles, whether it will be safe for children, and who will be responsible if the autonomous vehicle is involved in an accident.

They also wanted to know who takes responsibility in the case of accident. They wanted to know whether it should be the responsibility of the taxi company, the taxi manufacturer, or the licensing authority. Majority, however, said the bulk should stop with the taxi company. Some of those surveyed said autonomous taxi should be held to a higher standard than human drivers.
When asked if they would allow their children commute to school in driverless school bus, several parents refused but few accepted they would allow.
Autonomous vehicles are designed to operate on roads without human drivers, but programmed to be controlled by sensors.

One of the key features of the conference was the application of AI in the health sector to assist medical doctors in reducing time and stress, while carrying out certain diagnosis using AI programmed devices.
Dr. Muhammad Hamed Farooki, an AI expert with a private firm in UAE, spoke to journalists about how his firm is using AI software solution to reduce the time and stress it takes medical doctors to treat diabetes patients.

According to him, diabetes in humans could be detected using AI enhanced devices to check the retina of the eyes. In a normal situation, to access one retina, the doctor needs about seven pictures of the retina and for the two eyeballs in a human being, each person needs 14 captured pictures of the two retina. So, if, for instance, we have one million diabetes patients in the UAE, it means the doctors need 14 million captured pictures of their retina to know whether their eyes are normal or not. But with the AI based technology, which was developed by a company called Artelus, we can actually reduce the time it takes to treat diabetes patients.

“So for a proof of concept, we took a thousand pictures of the retina, which we already know their status, and we ran the pictures through the AI-based technology device and we got 98 per cent concurrence and we are happy with the efficiency of the device, based on the outcome of the results we got. Currently we are in the process of implementing it across the 13 centres of the Dubai Primary Health Care and the Dubai Specialised Diabetes Centres, under the Dubai Health Authority. Although it is a private research study, but it has been validated by the Dubai Health Authority,” Farooki said.

He further explained that in the UAE, statistics showed that one in every five persons living in UAE has diabetes, which can lead to total blindness of the eyes, hence they decided to embark on the research for the cure of diabetes through the AI-based software technology.
“The concept of the solution was meant for diabetic patients but the concept can be applied in other areas of human health related diseases. So we are offering technology solution to demystify health care practice,” he said.

“So we can use our solution to measure the emotions of people through their body language, facial expression, we can also use our AI-based solutions to predict emotional state of mind of the people in any given conversation, using voice conversation. With the solution, we can predict over 80 per cent accuracy on whether a client will pay up his/her debt in the course of having a conversation with the client, using the AI technology,” Gujral said.

“For example, we can take about 5,000 calls of debt collection engagement and determine through our solution, the number of people that are willing and ready to pay. So the solution will help organisations know how committed their customers are, when it comes to debt payment. If the organisation understands the willingness of a client to pay or not to pay, the organisation could then make alternative arrangement to introduce new method of debt collection,” Gujral said.
“We already have a company that uses our solution to manage patients with depression, and also predict the propensity of suicidal behavior in people. The solution can be used to analyse data in the propensity of people who are likely going to committee suicide,” Gujral added.