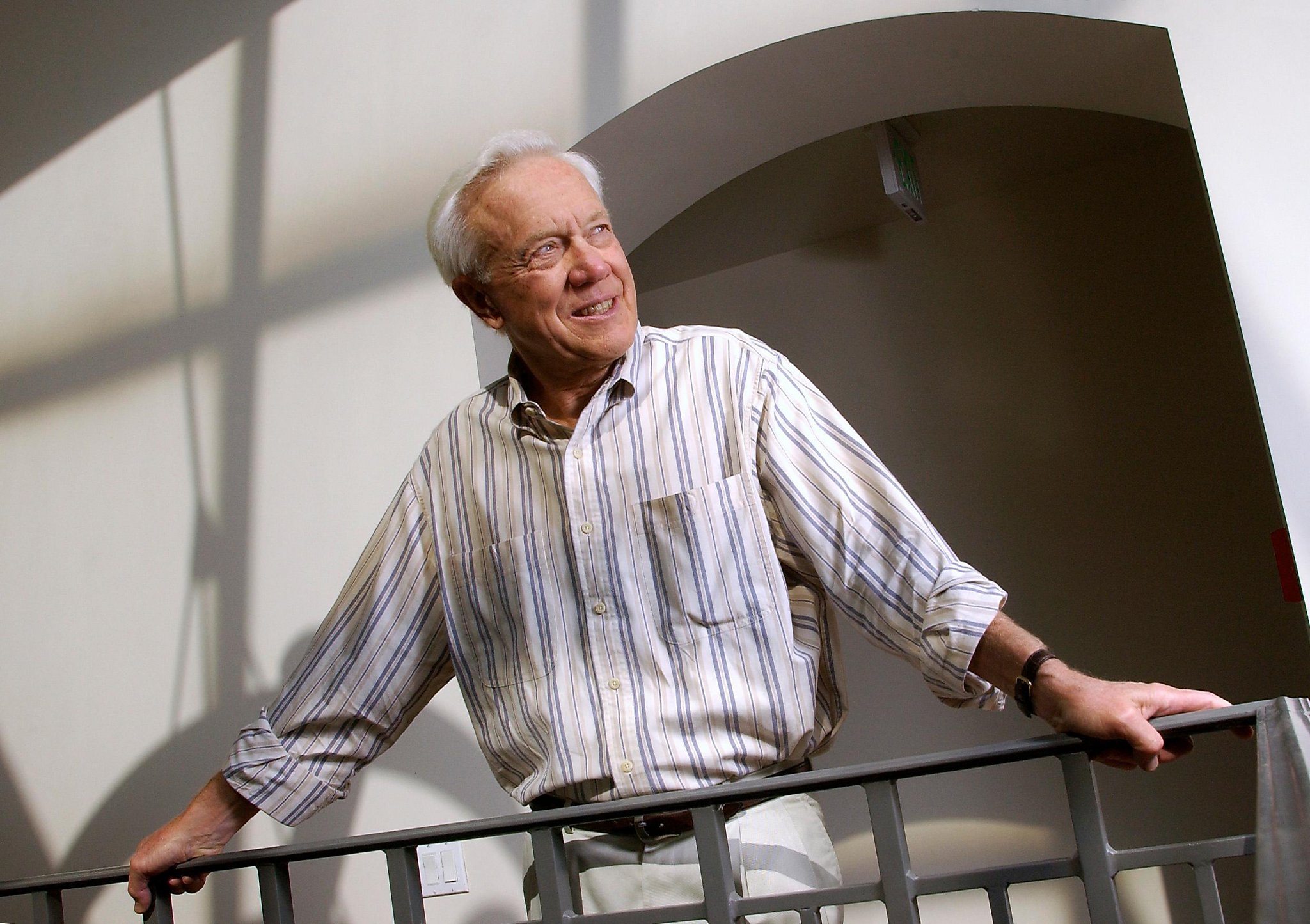 Nils Nilsson, a pioneer in the field of artificial intelligence, died last week at his Oregon home at the age of 86.

“He was an absolute treasure of a man,” said Grace Abbott, his wife of 26 years. “Exceptional, very bright, very generous, very modest of himself, very calmly confident.”

He helped create the robot known as “Shakey,” which was profiled in publications including the New York Times and National Geographic. Nilsson helped design and the write the algorithms that allowed the robot to make decisions and navigate, and the “intellectual progeny” of those algorithms is still in use, the university said.

Outside of work, Nilsson was outdoorsy and adventurous, his daughter Kristen Nilsson Farley of Los Angeles said, and he enjoyed skiing, hiking, running and traveling.

“My dad and I were the closest when we were running together,” Farley said. “We did everything from short distances to marathons together.”

Nilsson ran his first marathon, the Los Angeles Marathon, when he turned 65.

Nilsson was born on Feb. 6, 1933, in Saginaw, Michigan to Walter and Pauline Nilsson. He was the oldest of five sons and lived in Michigan until he was 11, when his family moved to Southern California. He attended high school in Glendale and graduated as valedictorian.

Nilsson enrolled at Stanford, which had a program at the time that allowed him to skip his bachelor’s degree and immediately start work on his master’s, which he completed in 1956. He received his doctorate in electrical engineering in 1958 from Stanford and then served three years in the U.S. Air Force.

Daphne Koller, a former Stanford faculty member who is now an adjunct, met Nilsson when she was a doctoral student at Stanford in 1989. Koller, now the CEO of Insitro, said when she joined the Stanford faculty in 1995, Nilsson helped her adjust to her new position.

“Every time when I had any questions about how to navigate a complex advising situation or such, I always knew I could go to him and he would have sage advice and really useful insights,” she said.

Nilsson was married to Karen Braucht Nilsson until her death in 1991. Besides daughter Farley, the couple had a son, Lars Nilsson of Piedmont.

Nilsson later married Abbott, who had four sons from a previous marriage.

“It was very fun making a blended family because on our watch the rest of the kids acquired spouses, and grandchildren,” Abbot said.