Recognizing the need to utilize these emerging technologies within the future of decentralization, MATRIX has built an innovative blockchain protocol that embraces the many benefits of AI and machine learning.

Energy-inefficient blockchains are wasting energy at an alarming rate

One of the overarching concerns of the blockchain space is the amount of energy required to keep networks operational 24/7. In fact, with 90% of Bitcoin mining costs attributable to energy consumption, the platform required a whopping 30 terrawatt hours of electricity in 2017 alone. With public attitudes towards building a greener world getting stronger and stronger, this just won’t suffice. 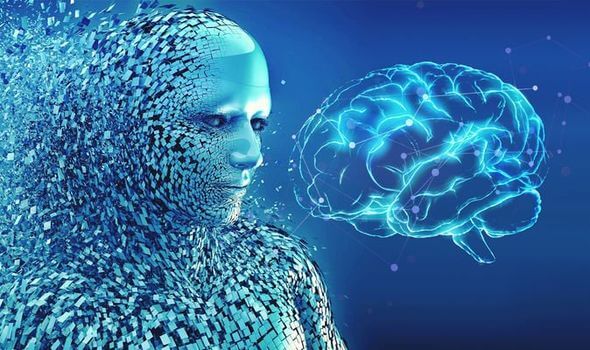 Taking these environmental woes into account, the MATRIX blockchain allows artificial intelligence to guide the consensus mechanism process. In doing so, the MATRIX blockchain is able to optimize its underlying performance based on the current state of the network. By achieving an equilibrium, transactions are processed efficiently without needing to utilize significant amounts of energy.

The MATRIX blockchain also utilizes an innovative hybrid consensus mechanism which merges the benefits of proof-of-work (PoW) and proof-of-stake (PoW). This allows the blockchain to absorb the ultra-high security features associated with PoW, alongside the speed and efficiencies of PoS.

The future of AI-driven smart contracts

When smart contracts were first brought to the online blockchain space by Ethereum in 2015, the phenomenon completely revolutionized how we transact. By removing the need to trust the other transacting party, users can effectively operate without the use of a third-party middleman.

However, more than four years later, the actual process of designing and building smart contracts is still reserved for those with the necessary technical capabilities. With such a small proportion of the online community able to program, this makes it ultra-challenging for smart contract technologies to go mainstream.

Moreover, the underlying AI integration also enables MATRIX smart contracts to go through an autonomous validation process before they are deployed to the network. If the smart contract in question contains a particular vulnerability or bug, the AI-backed protocol will be able to flag this up before it is deployed to the network. This further contributes to keeping the MATRIX blockchain safe and secure.

MATRIX is a China-based blockchain project that aims to take the potentialities of blockchain technology to the next level. By utilizing the advanced capabilities of AI and machine learning within its blockchain framework, MATRIX benefits from faster, safer, and more efficient transactions.

Its PoW and PoS hybrid consensus mechanism ensures that transactions can scale, without the need to consume vast quantities of energy. The project is backed by ex-employees of BigTech firms like Facebook and Microsoft, and its head of AI was involved in developing a fundamental warning system into High-Speed trains in China.

In conclusion, it is reasonable to suggest that emerging technologies such as AI and machine learning will play a crucial role in the future of blockchain technology. As revolutionary as cryptocurrencies and their underlying blockchains have been, the industry can take things to the next level by embracing the capabilities of AI-backed networks. This vision is being spearheaded by blockchain platforms like MATRIX.