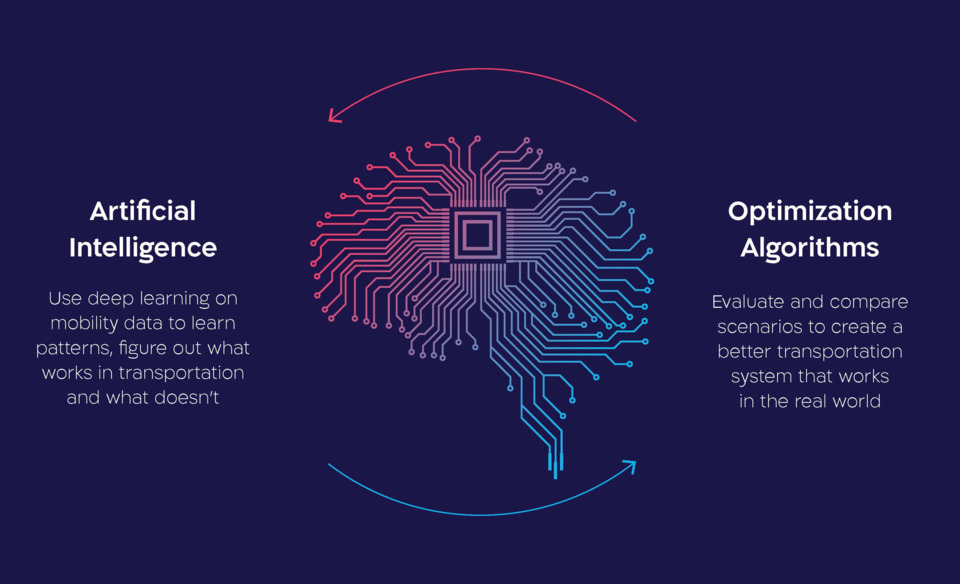 City-wide transportation is complex, especially if you think about orchestration of millions of people travelling in a city, using multiple modes of transportation. An outside observer may conclude that some super-computer is at work, determining where vehicles, drivers and transportation modes go. This isn’t currently the case but may eventually happen when artificial intelligence (AI) transforms mass transportation.

What is AI? Instead of providing a textbook definition, let’s say that it is many of the things we could not imagine computers doing five years ago. The technology breakthroughs behind AI have resulted in computers doing tasks that require human intelligence.

You’re probably familiar with the example I am going to use to illustrate AI: autonomous vehicles. Autonomous vehicles use AI to “see” the road and to drive accordingly. The process of AVs learning how to drive requires AI that can understand road conditions and traffic rules. This type of vision-related artificial intelligence is called deep learning.

It’s common knowledge that transit systems contain a lot of data. Data about peoples’ movements, underlying demand and its different patterns. We also have traffic data, both historical and real time, as well as historical and real time data about how buses move around. This data can be used by AI to predict demand, traffic and more. Together with advanced algorithms, this can result in better planning, creating routes that better match demand and supply while arriving quickly at the desired destination.

Even today, it’s entirely possible to use historical performance data and machine learning to automatically suggest better schedules that will both match cost criteria and improve on-time performance.

To do this, we take data from movement of vehicles in the city and apply AI to learn from that data and predict the likelihood of on time performance of each trip. This is based on many different parameters such as time of day, vehicle type, and even the driver. We then take these AI predictions and embed them into the scheduling optimization engine, so that we have automatic suggestions for new schedules with better on time performance.

If an AI-based system can plan transportation in a data driven way, the next phase of mass transit will be using the same technology to operate these plans and schedules in real-time.

Today, planning and real-time dispatching are two entirely different worlds. They are even carried out by different teams with planners on the one side, and dispatchers on the other side. Planners focus on creating a plan that will match demand and be the most efficient in terms of costs and feasibility. Dispatchers are focused on solving issues in real time. They don’t have time to find the most optimal solution, because they need to solve problems fast so that there will be a minimal impact on passengers.

Yet, AI can easily check billions of options based on real time data and make smart decisions. These types of applications will use real-time data about vehicle movement and demand in order to predict issues in real-time, such as delays, demand changes or on-time performance issues. With all the options evaluated, the constraints of the system and its rules of operation will be taken into account and the best solution will be discovered and implemented.

The next phase for mass transportation involves moving from the management of mass transit to orchestrating all the forms of transport in a city. In this case, the system can make decisions on the movement of each vehicle and driver. Imagine an AI brain that controls the city’s entire transportation, including all modes of transportation, with some vehicles that run on a fixed route using a fixed timetable, and some vehicles that are smaller and whose operation is flexible and demand driven. This AI “brain” can then change timetables, routes, or decide to run different types of vehicles, all according to real-time demand, notifying passengers, vehicles and drivers.