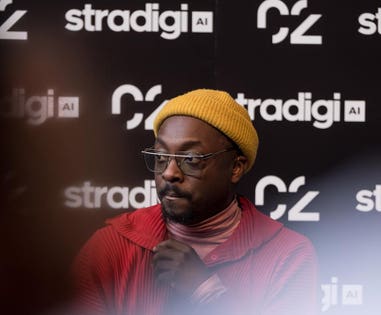 Creativity and commerce is the name and the focus of C2, an annual event co-founded by Cirque du Soleil mastermind, Guy Laliberté, who is on the Forbes’ Billionaires list. Montreal, Canada’s second largest city, is the ideal choice for this type of event as it’s has been at the forefront of creativity and innovation since hosting Expo 67, the twentieth-century’s most popular international exhibition with over 50 million visitors. Today, Montreal is often described as the new “silicon valley” because of the number of new tech companies that have opened in this French Canadian city in recent years. Recognising the city’s reputation as tech innovator, Yoshua Bengio, one of the world’s leading experts in artificial intelligence, was drawn to Montreal where he founded Mila, the Quebec Institute of Artificial Intelligence, the world’s largest university-based research group in deep learning.

With a festival-like setting in the vast former Grand Trunk Railway yards, offering a chilled vibe, live music and performances throughout, C2 was the ideal spot last month to launch Stradigi AI’s Kepler, an advanced artificial intelligence platform composed of a set of tools and smart engine that helps human users respond to complex business challenges. will.i.am, celebrated frontman of the hiphop supergroup Black Eyed Peas and tech entrepreneur, announced the launch of Kepler at C2 and his involvement with the Montreal AI company. Stradigi AI’s unique platform includes powerful, state-of-the-art AI solutions that can be adapted across industries including retail, finance, insurance and health. Kepler is the only AI “toolkit” that analyses a client’s data by using algorithms that are open source, hybrid and proprietary, with 33% of these algorithms being completely original.

A pair of Beats Electronics LLC Studio headphones on display at an AT&T store in Washington, D.C.

will.i.am‘s musical career is common knowledge but perhaps less known are his tech business ventures. He was a founding partner in Dr Dre’s bestselling audio company Beats (sold to Apple in 2014). This is just one example of the performer’s saavy business decisions and an illustration of how he’s been at the cutting edge of technology and creative innovation for many years. His successful music career has been a means of financing his AI businesses which focus on creating smarter consumer products like Omega for Enterprise, an AI Voice computing platform. will.i.am’s other AI business interests include being co-founder of Amuse, a mobile record label and co-creator of ill.i Optics eyewear. And also perhaps not widely known, will.i.am serves on the board of the World Economic Forum’s Global Artificial Intelligence Council and on Atom Bank, the UK’s first mobile bank. In 2012, will.i.am was the first recording artist to send a song to Mars in conjunction with NASA’s Curiosity Mars Space Lab. “Reach For The Stars (Mars Edition)” was played back from Mars during a youth education event hosted by NASA’s Jet Propulsion Laboratory. Knowing all this, it’s no surprise that will.i.am is both on the board and is an investor in Stradigi AI, a company with a mission to create a future where technology assists humans to be smarter and more efficient. Stratigi AI CEO Basil Bouraropoulos said that partnering with will.i.am makes perfect sense because of his focus on bias and ethics in AI and his experience founding, investing in and advising a range of tech companies.

And AI certainly isn’t only applicable in the business world. With Montreal as a strong contender as the worldwide center of AI, perhaps it’s not surprise that it’s in this city that you’ll find R1 B1, the world’s first talking robot bartender at the restaurant, XVI XVI and a robot named H2 M2 who provides room service at Hotel Monville. In the UK, a robot named Ai-Da has created “Unsecured Futures” a show in Oxford (runs until 6 July). Ai-Da’s exhibition features her drawings and performance art, including a work that references Yoko Ono’s “Cut Piece.”

Apl.de.ap, from left, will.i.am, and Taboo of the Black Eyed Peas performing in Arlington, Texas, May 2019

Along with the buzz around will.i.am’s partnership with Stradigi AI, there was a lot of discussion at the C2 festival about how robots like R1 B1 and H2 M2 and Artificial Intelligence can help humans. Every speaker at C2 reassured their audience that there’s nothing to fear. Humans will always have the advantage over robots because humans control what machines will do. AI doesn’t have empathy so it will never replace humans. In fact one speaker even said that AI isn’t moving quickly enough. With that in mind, it will be fascinating to see how AI progresses in Montreal and what new advances are made between now and next year’s C2 festival.