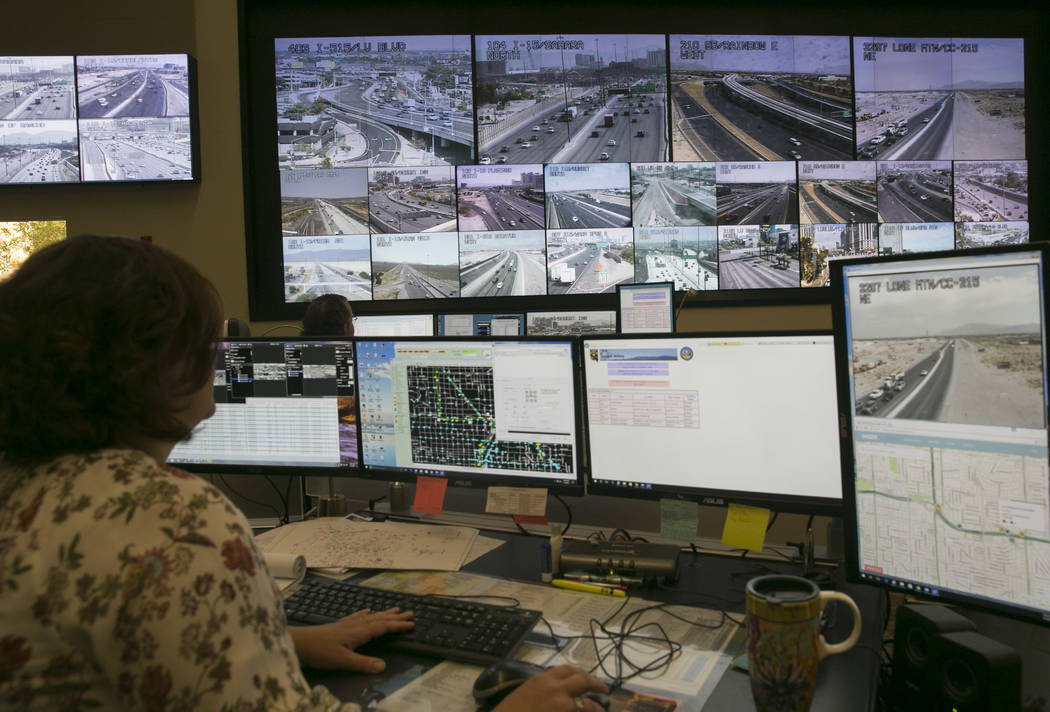 The buzz in the transportation realm these days centers on emerging technology, and one form gaining steam is artificial intelligence.

Following the success of a pilot program involving Israeli startup Waycare, the Regional Transportation Commission of Southern Nevada and the Nevada Highway Patrol over the past year, officials in Henderson are turning to artificial intelligence in hopes of alleviating traffic crashes at a pair of targeted intersections.

Its yearlong crash prevention pilot program resulted in a 17 percent reduction in crashes along a stretch of Interstate 15, according to the RTC. A portion of I-15 northbound between Charleston Boulevard and Russell Road was included in the program’s results.

Henderson began using Waycare about a month ago in an attempt to improve response time for public safety concerns, according to Lee Grant, Henderson’s information technology manager.

After the NHP touted the usefulness of the Waycare platform, Grant’s interest spiked.

“That was very interesting,” he said. “That’s how we caught wind of it and started going down that road.”

Henderson is using the Waycare platform at a pair of intersections on Eastern Avenue, at Horizon Ridge and St. Rose parkways, which were identified as areas with much higher than average crash rates.

“We looked at data, and these are locations where the numbers are relatively substantial and where we might see potential reduction,” he said.

Henderson and RTC officials said one of the best things about the Waycare platform is that no additional infrastructure is needed to implement it.

“Waycare uses video analytics and artificial intelligence to recognize patterns and data, and our partnership with the RTC allows us to have access (to) video cameras that are already mounted on many signals in Henderson,” Grant said. “That’s the primary infrastructure we’re using.”

The system also uses data from connected vehicles on the road to identify traffic trends in areas and adequately respond to those if a pattern emerges.

“If Waycare notices, using connected data from these vehicles, that there is a slowdown in traffic in a specific area and say it happens every Friday at 5:30 p.m., then our police may be able to proactively address that,” Grant said. “If that occurs because of accidents at that time, often times drivers will slow down and drive safer when they see police present. If we station a police vehicle there, we can proactively prevent incidents in the future.”

Aside from crash prevention, the Waycare platform can improve first responders’ response times — on average they improved up to 12 minutes in the RTC pilot. That’s because identifying a crash sooner and using traffic cameras to view the crash site allow for an appropriate response.

With Henderson’s pilot program underway and the RTC planning to use the Waycare platform in five additional areas, Theresa Gaisser, principal projects engineer for the RTC, said the valley stands to benefit as more areas tap into it.

“There’s really good symmetry from multiple agencies to be using the same platform, as that information will start to stream seamlessly between them,” Gaisser said. “I always think that every opportunity to reduce radio chatter and give a really good view of what’s going on — with a picture, for instance — is a gain for everybody who is trying to respond to incidents.”

The road improvement project is slated to last six months, according to Clark County spokesman Dan Kulin. The project includes reconstruction of Eastern in this area as well as the installation of new medians and sidewalk and curb replacement in certain areas.

Day work will take place Monday through Friday from 7 a.m. to 3:30 p.m. During day work, a minimum of two lanes will remain open in each direction on Eastern, Clark County officials said.

Night work is scheduled from 9 p.m. to 5 a.m. Sunday through Friday, when traffic could be limited to one lane in each direction through the work area.

Business access will remain open during construction. Work hours are subject to change and exclude holidays and major events, according to Kulin.