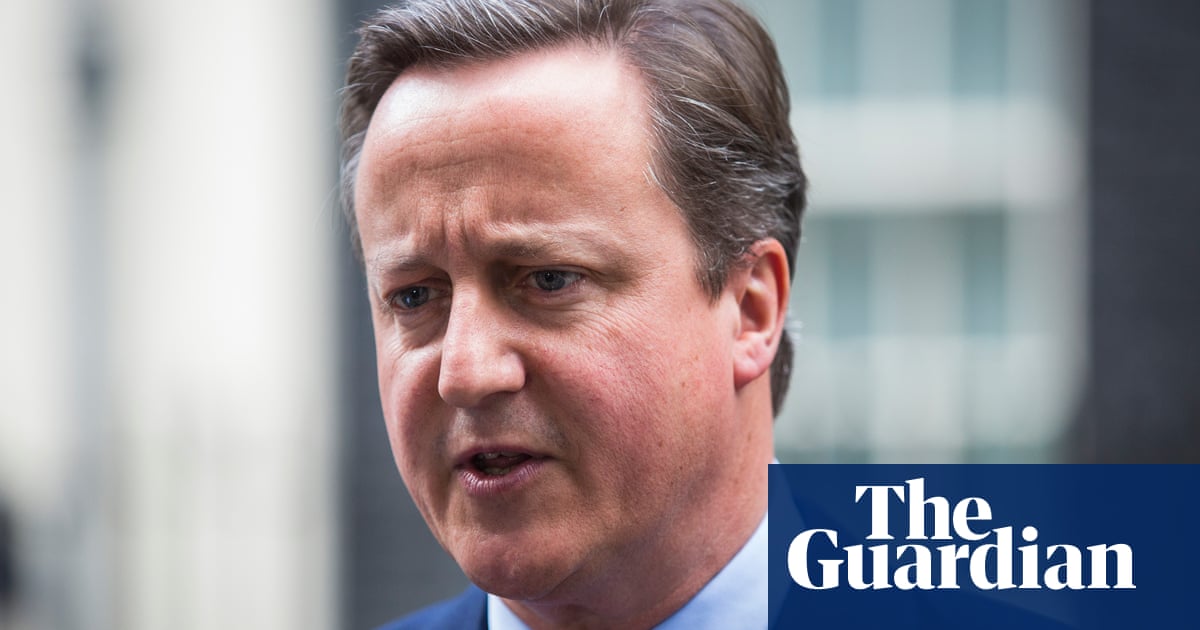 David Cameron has taken a job as chair of a US artificial intelligence firm’s advisory board, it was announced on Friday.

The former prime minister “will be responsible for curating and overseeing the strategic guidance” the board provides to Afiniti, the company said in a statement.

The position represents one of Cameron’s most prominent appointments since he stood down as prime minister in 2016. He has previously taken a number of roles at not-for-profit organisations and has a memoir, For the Record, due out later this year.

Cameron said he was “delighted” to take the job working on “transforming the future of customer service and interpersonal communications”.

The advisory board features an array of high-profile figures including John Browne, former chief executive of BP and François Fillon, the former prime minister of France. Afiniti was set up by the US-Pakistani entrepreneur Zia Chishti and specialises in the use of AI in call centres.

Cameron resigned as prime minister after the remain campaign lost the Brexit referendum. Since then he has become president of Alzheimer’s Research UK, chair of the National Citizen Service’s board of patrons and chair of the LSE-Oxford commission on state fragility.

Cameron said on Friday: “The government I led took a wide range of steps to ensure the UK was successful in the new tech industries … As part of this work, I was excited to see the rapid development in artificial intelligence and the huge potential AI has to address some of the challenges that societies face today … I am therefore delighted to have been asked to chair Afiniti’s advisory board, helping support their work to transform the future of customer service and interpersonal communications.”

Chishti, the chair and chief executive of Afiniti, said the company was “delighted” at Cameron’s appointment. “David’s deep personal commitment to this issue makes him perfectly placed to lead our advisory board and support Afiniti in our next stage of growth.”

Cameron is also involved in a new UK-China investment fund, although this has so far failed to complete its first financial fundraising. His memoir is due to be published this autumn after the rights were sold to the publisher William Collins for £800,000 three years ago. The launch will be a year later than planned.