HomeProjectBlog: Artificial intelligence is not a silver bullet – The Business Times
By admin
Project

Blog: Artificial intelligence is not a silver bullet – The Business Times 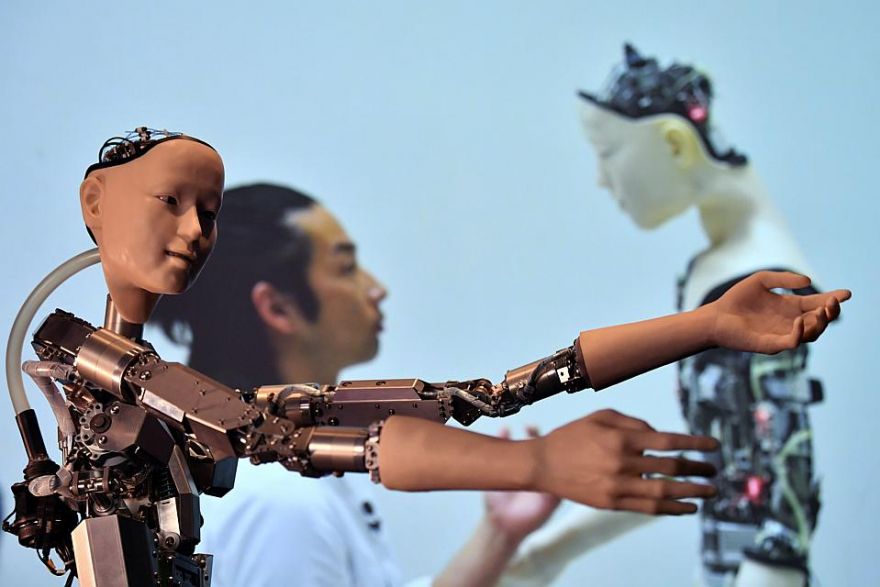 A SIZABLE amount of real estate in the media is dedicated to artificial intelligence (AI) these days – and especially so in Singapore. From news of the government’s commitment to AI research, policies delineating its ethical use, to announcements of the next big global firm setting up AI facilities in the Red Dot, the ubiquity of the technology foretells the central role that it is set to play in every aspect of society.

At the enterprise level, adoption within day-to-day operations has been steadily ramping up – especially in sectors such as supply chain, where AI-led tech such as Internet of Things (IOT) analytics have shown a clear business case in its ability to substantially boost efficiency. Meanwhile, consumers are increasingly being exposed to AI as well – think, for example, of Google Pixel’s AI-powered night sight, which enables photography in the dark.

That said, and while it is already an aphorism that businesses need to adopt AI to maintain a competitive edge, it just as important that businesses refrain from regarding AI as one big, shiny, silver bullet.

Beyond all the macro talk, the reality is that the term AI actually encompasses a multitude of technologies, all of which are at different levels of maturity, and as such, carry varying levels of risks. To rush into investments without thoroughly assessing individual systems – and how they would fit into and add value to the businesses’ existing operations – is a sure way to run into trouble.

Cautionary tales of failed AI projects – the byproduct of hasty AI investments – are aplenty. For example, Australian oil & gas giant Woodside attempted to develop an AI-powered factory virtual assistant in 2016, only to completely overhaul the system two years on when the chatbot failed to meet the lofty expectations that had been set out for it. Similarly, the infamous IBM Watson for Oncology project – an AI-led project launched with the lofty goal of curing cancer – had little to show from the US$62 million invested in it. In fact, it was found to have recommended unsafe and incorrect treatment programmes on several occasions.

With that in mind, what exactly then should businesses be looking for when considering the various AI options to make an informed decision?

For one thing, they should review each sub-segment of AI individually, and subsequently explore how these could potentially work together to deliver more value. This would go a long way towards empowering organisations to make strategic investments in the right technologies, and at the right time.

Businesses should be wary of nascent AI technologies and the promises that they offer. After all, when making large investments, it is never advisable to take on a guinea pig role. Current deep learning systems, for example, are largely pronounced versions of machine learning – “machine learning on steroids”, if you like. Businesses need to carefully consider whether there is a real business case for the added layer of intelligence, or whether machine learning will do the trick. While these technologies have shown glimpses of their potential, it might be a good few years before they can be regarded as safe bets.

On the flip side, there are several tried and tested applications of AI. From our study, we have observed IOT sensor analytics to be one of the strongest use cases for enterprise AI today. Based on its current implementation in the market, we foresee the integration of IOT and AI as inseparable. Together, these will be key enablers of intelligent systems and processes, as data is constantly analysed in real time to optimise systems and processes. The success of these applications hint at the way forward for AI – one where it serves to support, complement and enhance existing systems.

Meanwhile, for consumer businesses – such as banks and hotels – facial recognition technologies, as well as image analytics, have proven to be reliable and valuable in boosting efficiencies. A subway operator in Shenzhen, China recently even launched trials to pay for fares using facial recognition, while chatbots and virtual assistants too have evolved to become smarter, and more accessible and scalable to businesses.

Once the right type of processes and technologies have been identified, the next challenge would be to integrate these systems into existing operations, or combine them with other forms of AI. For example, while a machine learning solution may recognise that a product is out of stock on a supermarket shelf, and subsequently order more of the product autonomously, it still needs to be effectively integrated with existing ordering, inventory and store management systems.

Similarly, as data is an imperative to all forms of AI, businesses will need to carefully consider the datasets that they want to leverage to solve their problems and design processes. Subsequently, they should ensure that this data is easily accessible, and can be smoothly fed into their AI algorithms.

Having zeroed in to their preferred selection of AI applications, businesses should then consider adopting a test bed approach in the initial stages, to instill confidence in making further commercial investments. Ecosystm’s study has shown that most businesses are focusing their AI investments on internal initiatives – as a microcosm for larger scale investments.

Empowered by an informed decision in their investment, businesses have to be convinced that their AI investments will deliver in the long run – in terms of lower costs and greater efficiencies. Unlike traditional investments, AI systems get smarter and more efficient – especially when it can rely on a larger dataset.

That said, business decision makers should be prepared to play a long game. While technology business cases have traditionally been built to deliver 100 per cent accuracy and outcomes, AI processes might only operate at a 60-70 per cent accuracy rate post-implementation – at least in the short term.

Ultimately, informed investments in the right types of AI will pay off in the long run. If anything, the barrage of high-value investments being made by governments and businesses alike into AI systems, research and manpower upskilling are testament to the unanimous confidence that the world has in the technology.

The revolution will not happen overnight. While the plethora of AI options out there might overwhelm, and its return of investment at times nebulous, undertaking an informed, pragmatic approach to AI supported by research and data will ensure that businesses get to stay ahead of the curve, without making unwise investments.