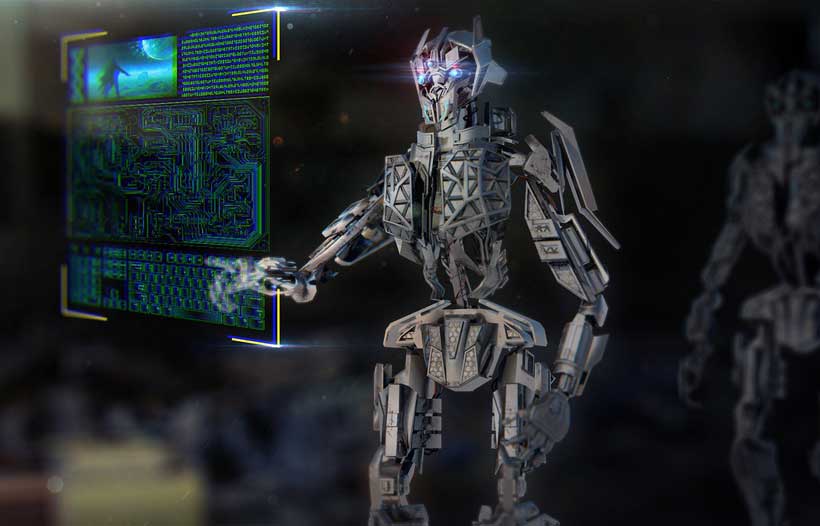 Earlier this year, the author had an opportunity to participate in a workshop held under the auspices of SIPRI and the Pathfinder Foundation concerning the introduction of machine learning and autonomy in the nuclear forces-related systems. Interaction of new technologies (which include artificial intelligence in the broadest sense of the word) with means for preventing global conflict (as well as ensuring Armageddon if necessary) is one of the most important research areas.

In this article we will focus on Russian approaches. However, we will also make more universal observations. We will emphasize that the concept of Artificial Intelligence in Military Affairs (IIMA) did not just appear yesterday or today. IIMA is an important area of ​​development for the Russian armed forces, including their nuclear component. Such technologies are used or planned for use in order to optimize logistics, improve the efficiency of material and technical services, enhance the capabilities of the Missile Attack Warning System, and increase the sustainability of nuclear weapons control circuits, up to and including direct combat operations. It is difficult to talk about any external restrictions in such conditions, however communication about intentions between the various actors involved in introducing IIMA will make it possible to specify the goals and objectives of such processes and reduce the likelihood of unintended escalation.

When considering IIMA, it is extremely important to distinguish between the use of AI as a tool to support decision-making and the implementation of these decisions at the command level and AI as a direct onboard system for guiding weapons.

First, let us have a look at official terminology. The Encyclopaedia of the Strategic Missile Forces, which is available in Russian online, provides the following definition of IIMA: “The field of research in which models, systems, and devices imitate human intellectual activity (perception and logical conclusion) in military affairs.”

The three main areas of research:

According to the definition, the specific IIMA-related areas for the Strategic Missile Forces are:

In this context, ES refer to a set of software tools that implement knowledge-based AI methods. ES allow to accumulate knowledge from the subject area as part of a specific knowledge model and use this knowledge to introduce new knowledge, solve practical intelligence-related problems, and explain the method of their solution.

To some extent, the definition given above is limited and refers more to so-called “Narrow Artificial Intelligence.”

However, the existence of the very specific definition for IIMA in Russian military lexicon perfectly confirms the attention that is paid to this theme as well as the main focuses of work to “intellectualize” the approaches used to address problems facing the Armed Forces of the Russian Federation.

It is worth noting that neural networks, intelligent data processing systems, and the development of artificial intelligence are among the priority focuses of the newly created ERA Military Innovation Technopolis.

In recent years, public information has emerged in specific studies involving the use of AI in logistics.

For example, a model of an automated logistics management system (including in wartime) was proposed[1] in 2015 for mobile group units of the Strategic Missile Forces armed with ICBMs on mobile ground-based missile systems (MGMS). According to estimates, introducing such an automated control system could improve the quality of control and the stability of communications (including when an opposing force uses electronic warfare devices), and also significantly reduce the amount of information transmitted.

In 2018, information was published [2] about the development and testing of a neural network-based model as a solution for projecting the residual operating time of the components of the Strategic Missile Forces’ missile systems. The model was built with an emphasis placed on determining the significance and calculating the weight of diagnostic features with the aim of subsequent usage for various models of the weapons and military equipment of the Strategic Missile Forces.

The viability of the model was confirmed in a full-scale experiment, albeit on purely civilian equipment (air conditioning). Given the significant amount of time-honored legacy equipment and weapons still in use by the Strategic Missile Forces as well as the repeated extension of the service life of the missile systems, such solutions should be very effective in maintaining combat readiness and optimize costs.

The Early Warning System and the related components of the state’s military organization are another important focus area for the autonomous analysis and preparation of solutions. Threat assessment and damage prediction are the main objectives for AI technologies in this case. This can help to understand the scale of the attack, its source, and possible intentions as well as quickly develop an adequate response scenario.

The command of the nuclear forces takes on key importance as it transitions to retaliatory action. Machine learning and the corresponding technologies will perform decision-making support functions, including as regards organizing maneuvering to pull out forces and resources from enemy attacks, as well as optimize retaliation planning. Updating information in real time, merging data from various sources, and other modern solutions help to improve the quality of combat control.

The autonomous issuance and execution of orders to launch nuclear missiles as part of the so-called Perimeter / Dead Hand system seems to be a theoretical possibility, and a human always remains part of the decision-making chain. Perhaps it would be more correct to view this system in combination with “signal rockets” as another circuit of the Strategic Nuclear Forces command and control. However, fully automating the retaliatory nuclear strike is technologically feasible, so the pre-delegation of authority to “machines” may well return to the agenda in the event of a rapid deterioration in strategic stability.

Thus, elements of AI are already being used in terms of supporting management decisions concerning strategic nuclear forces. However, there is also the threat of the “human” analysis of a military situation being replaced entirely in the sense of officers forming their views and assessments solely on the basis of a machine’s conclusions. Sure, humans will remain in the cycle of assessing the situation, making decisions, and using weapons, but they may rely solely on “machine” data. Such a scenario seems to be much more threatening, including for all areas in which human activities remain. Also, in this context, it is also essential to mention the qualitative growth in the implications of a hostile external impact on information systems that ensure that source data is conveyed to automated decision-making support tools as well as the systems that directly prepare these decisions.

War of the machines

When talking about autonomous weapons systems in the narrow sense, military operations using nuclear weapons must be considered.

Right now, targeting is the most promising area for the use of machine learning, computer vision, and related technologies. Automated image processing makes it possible to quickly and efficiently recognize the types of targets and their exact location and vulnerable components as well as optimize the distribution of warheads.

Airborne guidance systems using AI can provide higher accuracy and unpredictable maneuverability. In particular, external guidance for hypersonic gliders (e.g., the Avangard missile system with a glide vehicle) during the flight is an extremely difficult task. Consequently, intelligent airborne guidance systems need a solution. Other areas include missile defense (MD) penetration aids as a whole, including “smart” decoys and the ability to make random trajectory adjustments.

Underwater tactical operations are also one of the areas where autonomy is an important breakthrough technology. In particular, oceanic multipurpose systems (Poseidon unmanned underwater drones (formerly known as Status-6)) can be used not only as a means to deliver megaton-class nuclear warheads but also as a tool for improving situational awareness or high-precision mine laying. In each of these scenarios, AI appears to be not only very useful but also very dangerous in the event they get out of control or multiple unmanned drones clash with “potential adversaries”.

Generally speaking, the special aspects of the interaction between autonomous combat systems “under different flags,” regardless of the relations existing between these “flags” and the environment in which such interaction takes place, are some of the most important areas and deserve close attention from the world community. Moreover, no “rule-based order” will be sufficient in this area –good old international law is required, for example, in the form of additions to the relevant international conventions and bilateral incident prevention agreements.

Russian nuclear weapons are not intended for limited use, so the consequences of their use may very well be apocalyptic.

Machine learning, autonomy, and AI in a broad sense contribute to the survival, accuracy, and surmounting of missile defense systems, which makes them a promising focus for ​​military development. It seems that the enhancement of the corresponding features will help strengthen strategic stability, which, the Russian Ministry of Foreign Affairs believes, is based on the ability to strike at the enemy and assure retaliation.

However, technological progress, particularly in military affairs, is traditionally accompanied by the emergence of new threats, and also fuels security dilemmas in relations between various actors. The new capabilities of a potential adversary are always assessed both as a potential threat and as something that can be reproduced to resolve one’s own problems.

Regional and global partners, as well as potential adversaries, need regular assessments of Russia’s nuclear potential. They may make mistakes that affect the perception of the threat. In order to avoid such mistakes with far-reaching consequences, the modernization of nuclear forces and nuclear doctrines should be a constant topic of bilateral and multilateral discussions and consultations.

As a component of missile guidance, interceptor missiles, and other systems as well as a means of supporting decision-making, IIMA is a reality of the current times. This is one of the main focuses of scientific and technological progress in general. Thus, the endless battle of “shield and sword” is becoming more intelligent and automated.

First published in our partner RIAC

[1] “Model for the automated material support control system for military units and formations of the Strategic Missile Forces amidst the development of the material and technical support system of the Armed Forces of the Russian Federation”, A.V. Isayev, V.I. Filatov, V.N. Fyodorov, and A.V. Grevtsov, “Science and Military Security” 3 (3) 2015, p. 59 (In Russian).