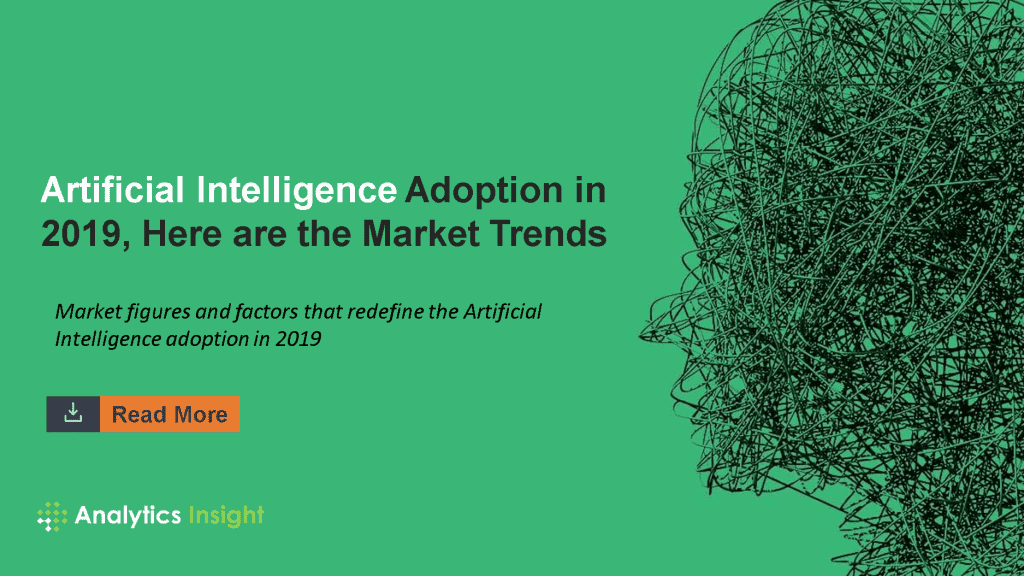 We have come to the fifth month of the year, and technology especially the disruptive one that includes Artificial Intelligence (AI) is gaining strong-hold more than ever. Understanding its disruptive factors is important as it enables more accurate forecasting and better planning for civil society, policymakers and businesses. Identifying the main levers that drive the growth of AI applications can help to expedite the many positive use cases in the pipeline; like optimised renewable energy distribution at scale and Machine Learning disease diagnosis systems in healthcare. So how are the disruptive technologies redefining businesses sphere?

•  More than 30% of companies have allocated $50 million or more into smart automation projects.

•  79% of airports are currently using or are forecast to deploy AI for predictive analysis to improve their operational efficiencies.

•  87% of companies currently are adopting at least one transformative technology like the internet of things (IoT), artificial intelligence (AI), 5G, blockchain and the cloud; while only 26% believe appropriate business, models are in place to capture full value from these technologies.

•  25% of businesses have implemented cognitive technologies such as AI or machine learning, either as pilot projects or as long-term strategies.

Taking these factors into consideration, here are the factors that redefine the AI adoption in 2019-

More Customers are Adopting AI, Greater Than Ever

Over the years, it is been seen that AI adaptability is increasing. Evident from the numbers released by Apple researchers who tested people against three types of virtual assistant: a chatty system, a non-chatty system, and one which tried to mirror the chattiness of the user. The study found that people tend to prefer chatty assistants to non-chatty ones and have a significant preference for agents whose chattiness mirrors the chattiness of the human user, as interacting on this fashion increases their feelings of technology trust.

Jobs and the State of Automation

Research point outs that 62% of organizations are using automation to eliminate transactional work and replace repetitive tasks, 47% are also augmenting existing work practices to improve productivity, and 36% are reimagining work; Increasingly businesses are earmarking revenue for reskilling and retraining their employees, as automation would require resources to reskill to stay in their job.

What more? within the next five to seven years, AI may replace nearly 50% of unskilled labour across the globe, and one in every five workers will utilize AI in their workflows by 2022. Surprised?

A recent survey of LinkedIn profiles found a total of 36,524 people who qualified as self-reported AI specialists, a 66% increase from 2018; in the US, there are around 144,000 AI-related job openings and only about 26,000 AI specialists seeking work.

AI could create 38.2 million net new jobs across the global economy by 2030, offering more skilled occupations as part of this transition. Technology advises resources to reskill or perish. Talk about Automation taking away jobs!

Given we are on the fifth month of the year and there are still some months to go, to ring the new year. Predictions and trends for 2019 and beyond still continue to gain a strong-hold, like the global artificial intelligence (AI) market, is expected to grow at a compound annual growth rate (CAGR) of 40% percent until 2023, reaching $26.4 billion which is huge money.

Futuristic predictions by PwC predicts that, using AI for environmental applications could boost the global economy by up to $5.2 trillion in 2030, which is a 4.4% increase on the business-as-usual scenario, while reducing GHG emissions worldwide by 4%, would be equivalent to the 2030 annual emissions of Australia, Canada and Japan combined.

Data is Precious, thus should be protected

Yes, you heard it right, data is the new oil or the most valuable resource, which should and must be protected. According to the Wall Street Journal, IT systems at Morgan Stanley take in 1 million gigabytes of data every month.

With the explosion and proliferation of data that comes from digital initiatives, cloud use, mobility and IoT devices, data discovery continues to be the biggest challenge in planning and executing a data encryption strategy. And you though data was just numbers?

Thus, to conclude, Artificial Intelligence has a bright future ahead, and it will be interesting to witness what disruption it can bring in the coming months of 2019 and beyond. The future will be exciting, are you ready for it?