Blog: 3 Top Artificial-Intelligence Stocks to Watch in May – Yahoo Finance 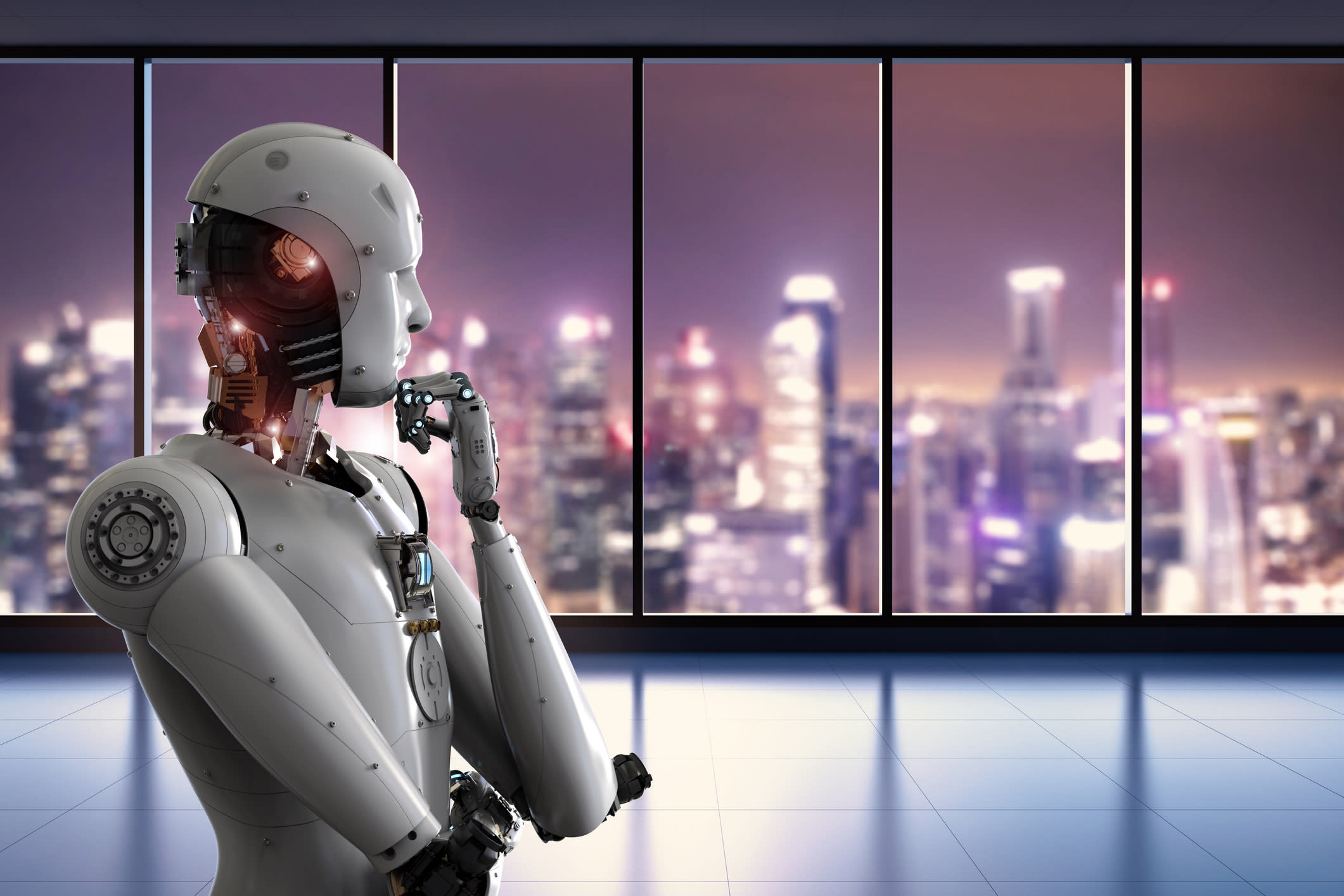 The global artificial-intelligence (AI) market could grow at a compound annual growth rate of 55.6% between 2018 and 2025, according to Allied Market Research, as a wide range of industries use AI applications to streamline and improve their businesses.

However, AI is such a hot buzzword in tech circles that it can be tough to identify the industry’s worthy long-term investments. Today, a trio of our Motley Fool investors will highlight three promising AI plays — Tencent (NASDAQOTH: TCEHY), Microsoft (NASDAQ: MSFT), and NVIDIA (NASDAQ: NVDA).

The king of China’s social and gaming markets

Leo Sun (Tencent): Tencent, one of China’s top tech companies, owns the country’s most popular mobile messaging platform in WeChat, as well as one of its most popular payment systems in WeChat Pay. It’s also the world’s largest video game publisher.

There’s more. Tencent Video is one of China’s leading streaming video platforms, and Tencent Music (NYSE: TME), which was spun off in an IPO last year, is the country’s leading music streaming platform. Tencent Cloud, its cloud infrastructure platform, more than doubled its revenue in 2018.

Tencent’s AI Lab, founded in 2016, is developing a wide range of AI tools to process all the information it gathers across its ecosystem. That unit produced natural language processing and translation tools for WeChat, deep learning tools to recommend content in its news aggregator, Tiantian Kuaibao, and facial recognition technologies to tag photos.

Tencent also launched an autonomous-driving lab in 2016, and the unit was cleared to test driverless cars on public roads in China last May. It also started recruiting vehicle engineers in Silicon Valley. All those efforts could strengthen Tencent’s ecosystem and widen its moat against ecosystem rivals such as Alibaba and Baidu.

Tencent will report its second-quarter earnings on May 15, and it will be the first time the company reports its AI business as a separate segment. This indicates that its AI business could become a pillar of growth alongside its gaming business, which struggled with a nine-month freeze on new gaming approvals last year and the sluggish approval of its latest games.

Don’t be dumb about artificial intelligence

Jamal Carnette, CFA (Microsoft): There’s a tendency for investors to overthink new technology, and AI and machine learning are no different. It’s often better to step back and understand the big picture before committing capital.

AI is simply the next step in computing, whereby algorithms can learn from patterns and features in the data and process without human programming. As such, AI will require significant increases in computer functions and storage that will benefit providers of operating systems and cloud computing services, like those Microsoft provides.

Look for a large boost from Microsoft’s cloud-computing business throughout the full stack — from its Azure infrastructure-as-a-service (IaaS) down to its software-as-a-service offerings such as Office 365 — as the company has a more-comprehensive cloud offering than IaaS-leader Amazon.com. Microsoft isn’t resting on its laurels to innovate in the AI space, either, as the company is heavily investing and has more than 8,000 employees in its AI research division.

With Microsoft, you have a company currently outperforming expectations with the ability for long-term gains as AI kicks into high gear.

NVIDIA aims for a quick rebound

Demitri Kalogeropoulos (NVIDIA): Chip giant NVIDIA will announce its first-quarter results after the market closes on May 16, and the report is likely to spark plenty of volatility in the stock. After all, investors have big questions about its short-term growth outlook, after sales plunged 24% in the most recent quarter. Executives predicted in February that revenue should drop by a painful 31% in Q1, but trends should improve sharply from there, so that overall sales hold steady in fiscal 2020.

It’s not clear how NVIDIA will achieve that result, given a struggling gaming segment that last quarter shrank by 45%. The company is still working through excess inventory in its biggest operating segment, too. The good news is that trends are better in the automotive niche, where rising demand pushed sales up 23% last quarter.

Still, NVIDIA will need to post a string of market-thumping gains in its autonomous-driving technology and in its other non-gaming products to make up for the decline in gaming GPU demand. We’ll find out in just a few days whether CEO Jensen Huang and his team still believe the business will bounce back quickly after a cryptocurrency demand slump produced what they called “a turbulent close to what had been a great year.”

More From The Motley Fool